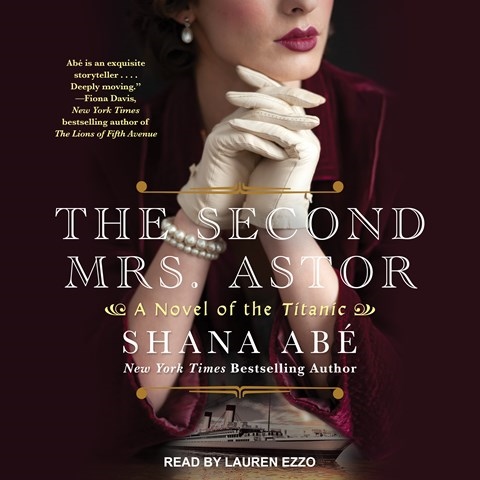 Lauren Ezzo's narration evokes compassion for this fictionalized version of real-life socialite Madeleine Force, who married John Jacob Astor at 18, only to lose him with the sinking of the TITANIC seven months later. Their 29-year age difference and Jack's remarriage shortly after divorcing his first wife caused controversy. After their honeymoon in Europe and Egypt, their passage on the TITANIC was meant to be their homecoming. Madeleine was rescued from a TITANIC lifeboat. Ezzo's narration mitigates the novel's slow start, and subtle fluctuations in her tone enhance her portrayals of the characters. She is especially good at communicating relationships and intentions. For example, she delivers knowing tones among sisters, a social climber's eager conversation with Madeleine, and the caring but firm tone of Madeleine's mother. A.L.C. © AudioFile 2022, Portland, Maine [Published: JANUARY 2022]