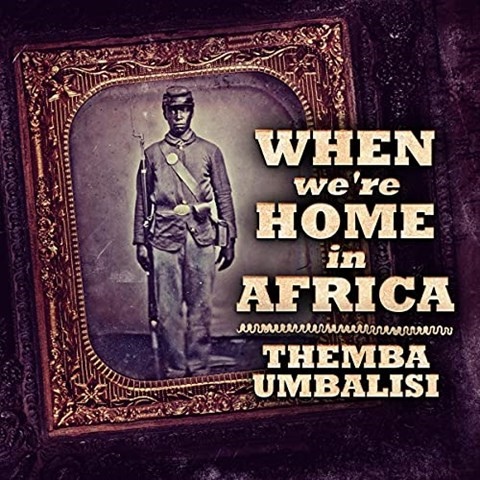 WHEN WE'RE HOME IN AFRICA

by Themba Umbalisi | Read by Crawford B. Bunkley III

Crawford Bunkley flawlessly narrates the fictional journal of a Georgia slave whose name changes frequently. Listeners accompany Benyati as he's freed from slavery, joins the infantry, becomes a Buffalo Soldier, fights Indians and Mexicans, and, eventually, settles in Africa, where he's also a soldier. Bunkley stunningly sings the "Battle Hymn of the Republic" and believably delivers diverse accents, including those of African royalty. He's most emotive as William Stare, Benyati's best friend, who is tortured and killed by the Kickapoos. Stare's unforgettable phrase "When we're home in Africa . . ." inspires both men and carries Benyati through his difficult life. The novel's epilogue reveals that Benyati's relatives found his African village, where he lived into his 80s. Audio is essential to the immediacy of this extraordinary story. S.G.B. © AudioFile 2021, Portland, Maine [Published: AUGUST 2021]