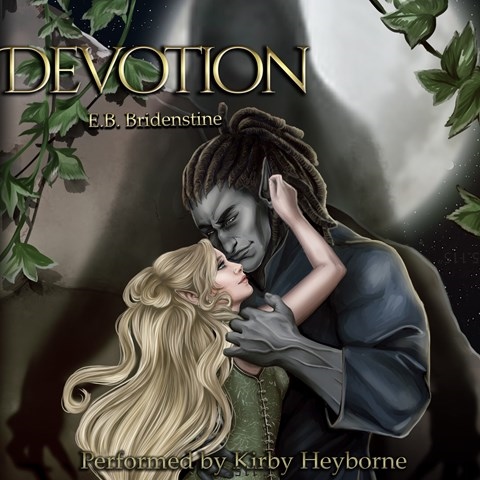 Narrator Kirby Heyborne continues the love story of Bozek, an ogre, and Ranamayve, an elf, which was begun in ALLIANCE. Heyborne presents the fantasy world of Leusandia in a level, rather mournful tone, which matches the timeless, distant nature of the elves. In speech, Bozek has a slight, unspecified accent, while Ranamayve's voice is lighter and firm, establishing her royal authority. After they pledge their troth, or "devotion," Bozek leaves Ranamayve to attack the cruel Emperor Charr. During battle scenes, Heyborne raises his voice to a mock yell, which is a little jarring against his calm reading. His best voices are those of the menacing, throaty dragon and the emperor, who sounds like Star Wars' Emperor Palpatine. Heyborne's reading will please high-fantasy listeners who like a mix of adventure and romance. C.A. © AudioFile 2021, Portland, Maine [Published: OCTOBER 2021]