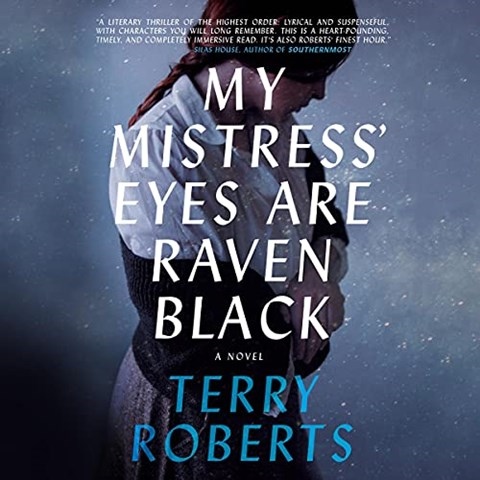 MY MISTRESS' EYES ARE RAVEN BLACK

Narrator Wayne Mitchell's slow, husky delivery keeps this mystery intriguing. It's 1920. Stephen Robbins is the manager of the famed Algonquin Hotel, but now and then the FBI gives him a case. This time, Robbins is sent to investigate the disappearance of a pregnant Irish woman on Ellis Island. Once there he discovers that the disappearances are not limited to the Irish woman. He also discovers an ally, Lucy Paul, a nurse from the American Medical Society who is investigating the island's medical practices. As the horrific truth is revealed, the excitement level reaches a fever pitch. Mitchell gives Robbins a warm, lightly accented voice. He also brings depth to all the characters and is especially effective as Robbins. The start is slow, but as the pace picks up, Mitchell doesn't miss a beat. S.J.H. © AudioFile 2022, Portland, Maine [Published: MARCH 2022]