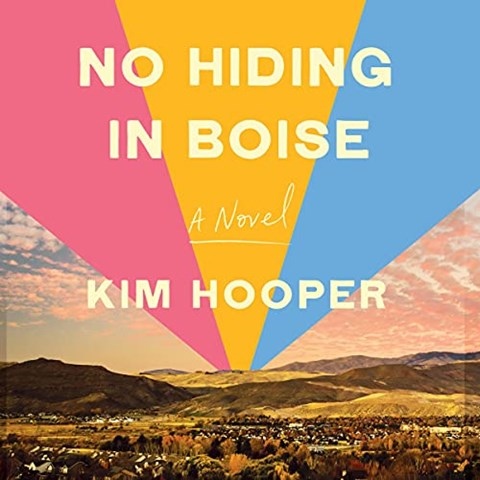 NO HIDING IN BOISE

Kim Hooper's ripped-from-the-headlines story is brought to life by a stellar team of narrators. Hillary Huber displays a wide range of emotions as a mother whose son has committed a horrific violent act. She searches for a way to deal with her grief, suffers blame by the community, and works to support her son's victims. Devon Sorvari, as Angie, expresses anger, confusion, and love as she struggles to understand why her now comatose husband, Cale, was in a bar instead of home in bed with her. Stephanie Willing portrays Tessa, the 20-something bartender whose voice reflects survivor's guilt after her life was saved by Cale. The rest of the cast gives additional victims and the shooter himself powerful voices that make them all seem real. N.E.M. Winner of AudioFile Earphones Award © AudioFile 2021, Portland, Maine [Published: AUGUST 2021]