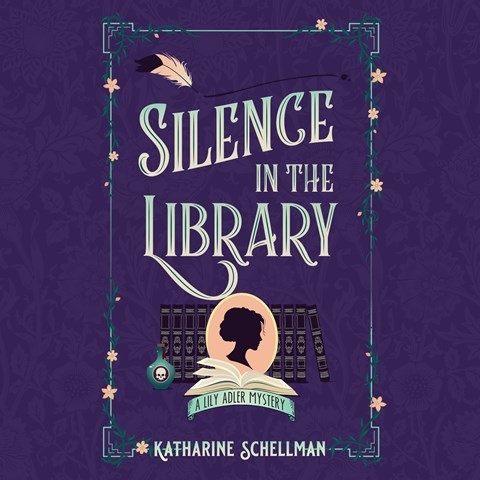 Smart, observant, and charming widow Lily Adler is back for a second installment of Katharine Schellman's Regency mystery series, narrated in a lively voice by Henrietta Meire. Attempting to distance herself from her overbearing father, Lily befriends the new wife of his old friend Sir Charles Wyatt, only to have Sir Charles turn up dead under what Lily deems peculiar circumstances. When Bow Street Constable Simon Page fails to share her concerns, Lily and the dashing Navy Captain Hartley set out to investigate. There's more than the usual Regency frippery here. Meire gives subtle vocal distinctions to a full cast of upper-crust and below-stairs characters. Her brisk clip keeps the action moving. S.G. © AudioFile 2021, Portland, Maine [Published: DECEMBER 2021]