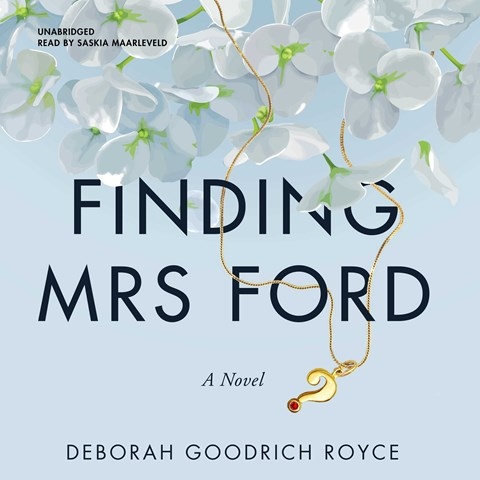 Narrator Saskia Maarleveld is outstanding in this absorbing, multilayered listen. The audiobook begins as the FBI arrives at the Watch Hill home of Susan Ford, asking about a man named Sammy Fakhouri. Susan has a carefully curated life--everything is under control. What follows is an expertly written story unfolding in two parts--the current investigation and the summer of 1979 in Detroit, when Susan met the impulsive and captivating Annie. Together, they take summer jobs at a disco with Mob connections and encounter Fakhouri. Maarleveld seamlessly transitions between time periods and points of view, voicing the focused Susan and the reckless Annie with clear distinctions and nuances that perfectly match their personalities. The audiobook begins slowly but as the story unfolds, one can't stop listening. K.S.M. © AudioFile 2021, Portland, Maine [Published: JULY 2021]