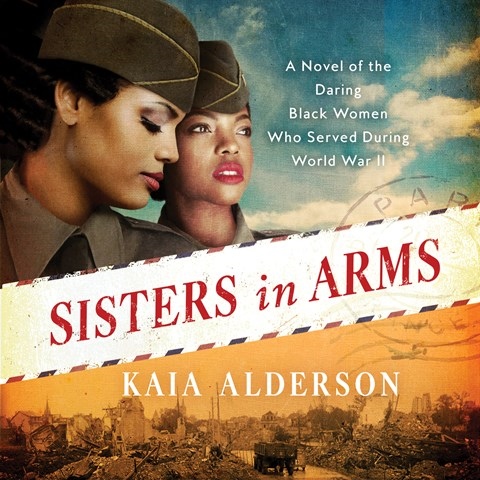 Narrator Shayna Small channels the strength and tenacity of the trailblazing Black women who served at home and abroad in the historic Six Triple Eight Battalion of the Women's Army Auxiliary Corps. New recruits Eliza and Grace are thrown together during training and their eventual deployment as part of the 6888th. Their initially rocky relationship grows into sisterhood, with both women committed to serving their country and their race with integrity and resolve. Aside from some weak British accents, Small's characterizations are spot-on, bringing out Eliza's snappy confidence and Grace's measured reserve. The production is somewhat marred by volume changes and an echoey quality that may pull listeners out of the story. Even so, most will be captivated by this little-known chapter in American history. S.A.H. © AudioFile 2021, Portland, Maine [Published: AUGUST 2021]