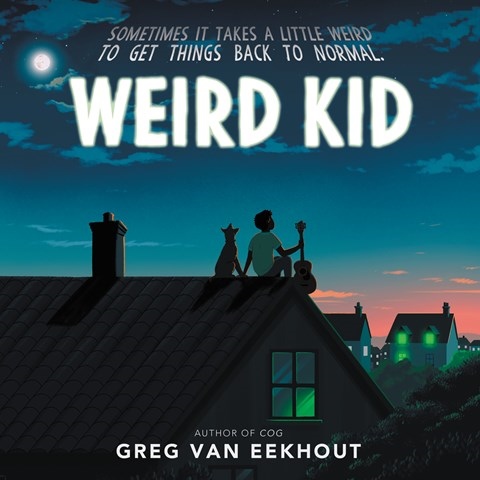 Narrator James Fouhey's talent for creating relatable personalities shines in this funny sci-fi adventure. Jake's parents found him 12 years ago when he was a shape-shifting glob of goo ejected from a distant planet. In human form, Jake has always appeared to be a regular kid, but lately he's been experiencing an inexplicable loss of control over his body. When a series of disturbing events involving alien goo threatens the town, Jake reluctantly shares his secret origins with his new friend, Agnes. She, in turn, shows Jake the value of trust, friendship, and accepting weirdness. Together they investigate the connection between the increasingly bizarre happenings and Jake's erratic shifting. Fouhey's engaging first-person narration and spot-on characterizations enhance a wacky plot that will keep young listeners hooked. S.A.A. © AudioFile 2021, Portland, Maine [Published: SEPTEMBER 2021]