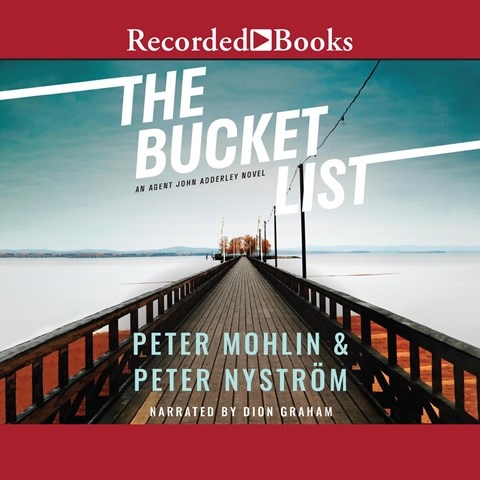 Narrator Dion Graham has a velvet voice and is particularly skillful with noir drama. His protagonist is John Adderly, a half-Swedish Black FBI agent now in the Witness Protection Program. Tricky, voicing the family accents. Adderly, threatened by a violent international drug ring he helped bust, should have chosen to relocate somewhere he had no history, but he demands Sweden, where his feckless mother is dying, and where the prime suspect in a ten-year-old murder case he'll be assigned to is his half brother. Regrettably, Graham adopts a stutter-step speech pattern that does nothing to serve the text, but the double plot--will Adderly solve the cold case and clear his brother, or will the drug lords find him first--is gripping. B.G. © AudioFile 2021, Portland, Maine [Published: SEPTEMBER 2021]