Home»Reviews»THE MAN WITH THE SILVER SAAB 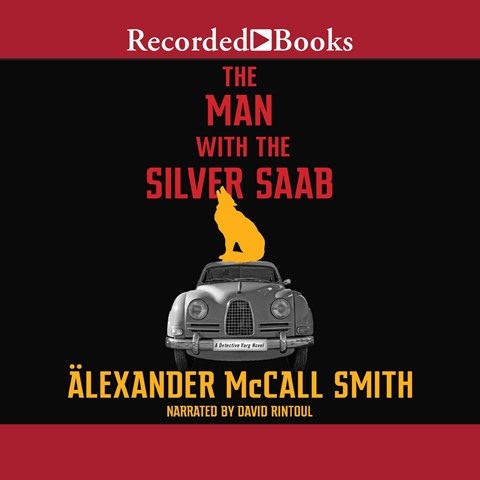 THE MAN WITH THE SILVER SAAB Detective Varg, Book 3

Narrator David Rintoul takes on the complex investigations of odd, unusual, and often inconsequential crimes that populate Alexander McCall Smith's latest send-up of a Scandi police procedural. Detective Ulf Varg, head of the Department of Sensitive Crimes in Malmö, Sweden, bandies about crimes and motives with his sidekick, Blomquist, and co-worker, Anna, who, while married, holds the key to Ulf's heart. Rintoul eschews Swedish accents although he realistically pronounces Swedish place and personal names. His stentorian volume and innate seriousness contrast perfectly with the spate of philosophical dialogue and unending stream of comments and asides related by Varg and Blomquist about their current cases, which range from falsely attributed artwork by art experts to a squirrel attack on Varg's dog. M.B.K. © AudioFile 2021, Portland, Maine [Published: JULY 2021]