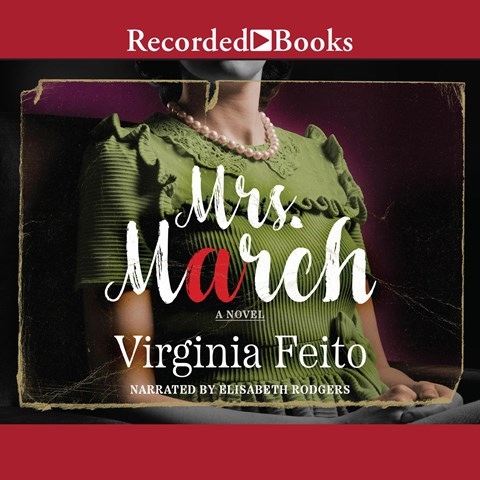 When a local shopkeeper suggests that the main character in the bestselling novel of Mrs. March's husband may be based on Mrs. March herself, a series of doubts creep into Mrs. March's mind--which fester into severe paranoia. Elisabeth Rodgers's calm narration is the perfect match for this audiobook. Her well-honed timing helps build the tension as Mrs. March loses touch with reality and becomes increasingly unreliable, leaving the listener wondering where the truth lies. Rodgers's characterization of Mrs. March creates an unreliable protagonist who is struggling internally yet is unable to ask for help. Although the story is set in an unspecified time, it feels like the 1950s, when awareness of mental health issues was still in its infancy. K.J.P. © AudioFile 2021, Portland, Maine [Published: SEPTEMBER 2021]