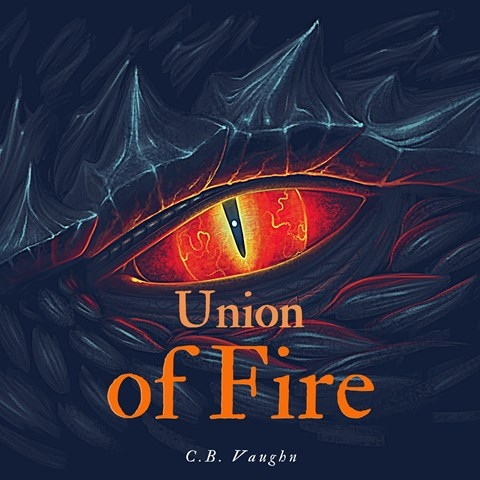 UNION OF FIRE The Fire, Book 2

This action-packed audiobook truly ups the ante on a successful narration, but Aven Shore meets the challenge. The second volume in Vaughn's Fire Series, set seven years after the events in DAWN OF FIRE, finds a larger cast of heroes overmatched against nine vengeful dragons that are set on eradicating humanity from Zannondale. The good guys must find ways to enhance their powers and locate additional allies. Twice the number of characters means twice the work for the narrator, who must create distinctive voices for each. Shore masterfully does so, using an assortment of pitches, timbres, and accents, allowing the listener to easily differentiate the characters. This is a particularly impressive feat with a cast of predominantly female characters. D.E.M. © AudioFile 2021, Portland, Maine [Published: NOVEMBER 2021]