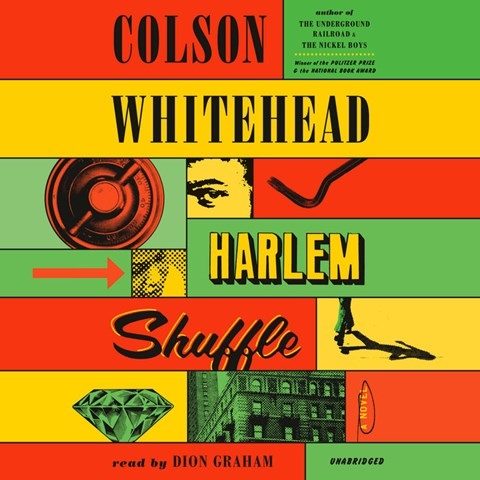 Dion Graham's performance invites listeners into the world of New York in the early 1960s. As his voice captures the feel of the times, he skillfully brings listeners the coffee shops, storefronts, and conversations of the era. Whitehead's audiobook centers on Ray Carney, who operates a struggling furniture store but is unable to escape his background in crime. His cousin Freddy invites him to join a heist that ends up involving key power players in this "Black and white city." Graham embodies the audiobook's many characters vividly, hitting all of the rhythms and nuances of Whitehead's outstanding period novel. S.P.C. Winner of AudioFile Earphones Award, 2021 Best Audiobook © AudioFile 2021, Portland, Maine [Published: SEPTEMBER 2021]