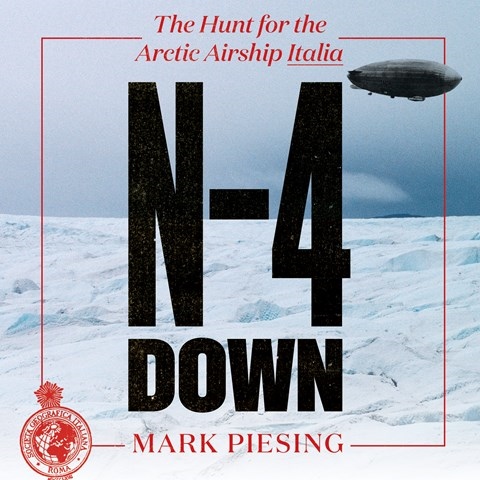 N-4 DOWN The Hunt for the Arctic Airship ITALIA

Airships are little more than novelties today, but they were the TITANICS of the skies in the early twentieth century, sharing that mighty ship's grandeur and often its tragic fate. Narrator Matt Jamie's British accent is confident and authoritative but never dry as he delivers Mark Piesing's story of the airship ITALIA, which attempted to land at the North Pole in 1928. When it crashed, leaving nine survivors on the ice, the massive rescue effort included the legendary Norwegian explorer Roald Amundsen, who disappeared during the search and was never seen again. Piesing's narrative offers a lot of adventure for armchair explorers, and though it's slow to pick up steam, Jamie's engaging delivery carries the day. D.B. © AudioFile 2021, Portland, Maine [Published: SEPTEMBER 2021]