Home»Reviews»ONCE UPON A TIME IN HOLLYWOOD 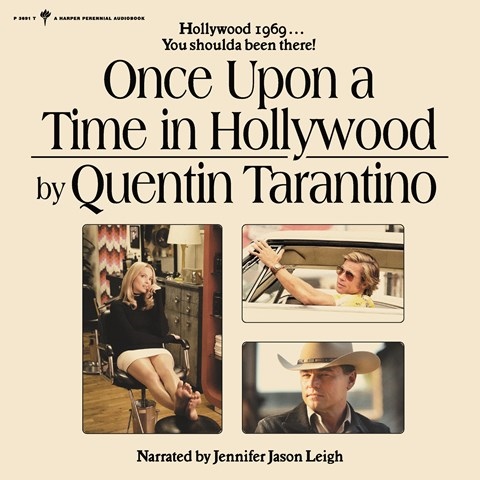 ONCE UPON A TIME IN HOLLYWOOD

This examination of a changing Hollywood entertainment industry in the late 1960s is, of course, a self-described novelization of the highly acclaimed Quentin Tarantino film ONCE UPON A TIME IN HOLLYWOOD. Actor Jennifer Jason Leigh offers a predominantly tired, flat, and unenthusiastic narration of this profanity-laced audiobook. Rife with nonlinear storylines and extreme violence, this effort allows you to cast and imagine the film for yourself. It's not really a novel, but rather a listless reading of an expanded screenplay, despite some added character backstories. There are frequent, somewhat unsettling references to actual people and locations in storylines that are not actual or real for those people. Those who enthusiastically enjoyed the film would likely enjoy this audio effort as an allied enhancement. W.A.G. © AudioFile 2021, Portland, Maine [Published: OCTOBER 2021]