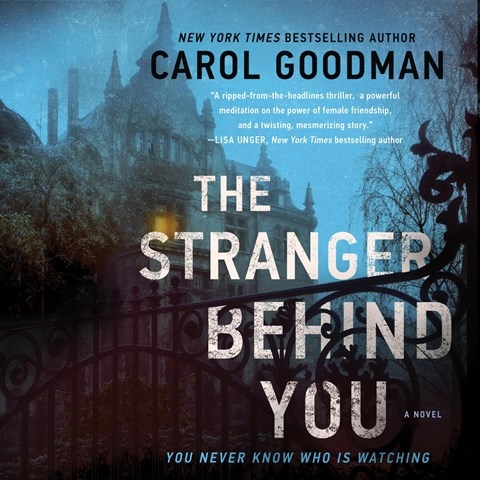 THE STRANGER BEHIND YOU

Samantha Desz builds suspense with her nuanced performance of this intense thriller. The night Joan's article exposing a newspaper tycoon's predatory behavior goes live, she's attacked. The journalist isolates herself from nearly everyone while she attempts to identify who's behind the assault. Meanwhile, Melissa works to uncover the truth about her husband, the tycoon. Both women are missing information, but who will get to it first? Melissa's thoughts of revenge are performed by Desz with gritted teeth and a low voice, highlighting her intense anger. Great with accents, Desz easily slips from rough Bronx speech to a Spanish accent and a soft Irish brogue. Most impressive are her seamless switches from the nondescript even tone of a personal assistant to the imperious inflections of Manhattan's elite. A.L.C. © AudioFile 2021, Portland, Maine [Published: SEPTEMBER 2021]