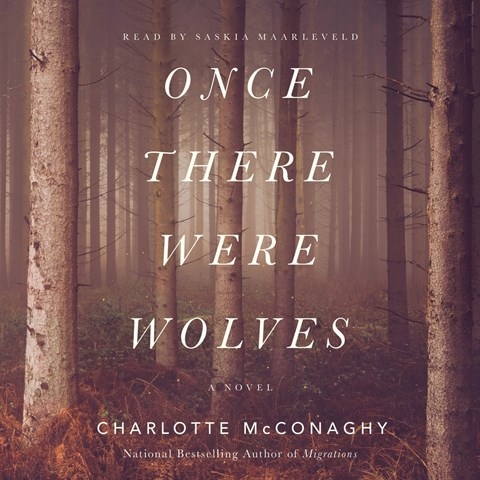 ONCE THERE WERE WOLVES

Saskia Maarleveld narrates this novel, a paean to the majesty of wolves. She convinces listeners that reintroducing wolves into remote forest environments is a positive step in restoring the balance of nature. Head biologist Inti Flynn is an Australian scientist who has touch synesthesia, a sensory disorder that causes her to literally feel whatever pain she witnesses. Maarleveld captures both her accent and the tension that lurks in her psyche. The 14 grey wolves released in the Scottish Highlands are the real stars of this drama. The humans-- including the heart-throb sheriff, a psychotic twin sister, and angry sheep farmers--are well depicted, but it is the wolves whose welfare becomes paramount to the listener. D.L.G. © AudioFile 2021, Portland, Maine [Published: JULY 2021]