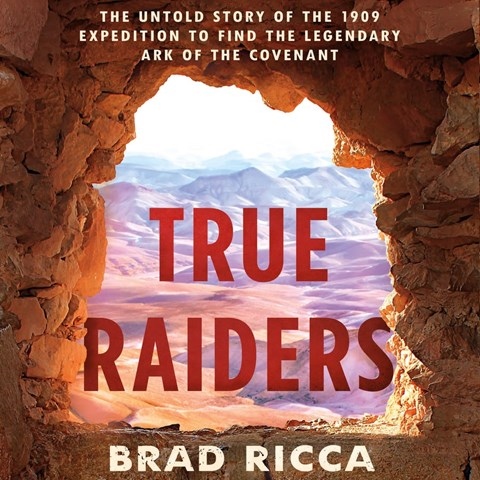 Who knew that RAIDERS OF THE LOST ARK was based on real events? This audiobook, expertly performed by Stephanie Willis, is a must for anyone who enjoyed the Harrison Ford movie and wants to know what really happened in 1908, when a British expedition searched for the Ark of the Covenant, alleged to have "mystical" powers. There is a simple and logical explanation for the Ark's "powers," which alone makes this audiobook worth a listen. Author Brad Ricca based his work on historical records, letters, and recorded first-person accounts. Willis puts her acting and directing skills to good use as she smoothly slips in and out of British, Arabic, and Turkish accents in telling the tale of the expedition. RAIDERS fans will be astonished to learn just how close to reality the movie is. M.S. Winner of AudioFile Earphones Award © AudioFile 2021, Portland, Maine [Published: OCTOBER 2021]