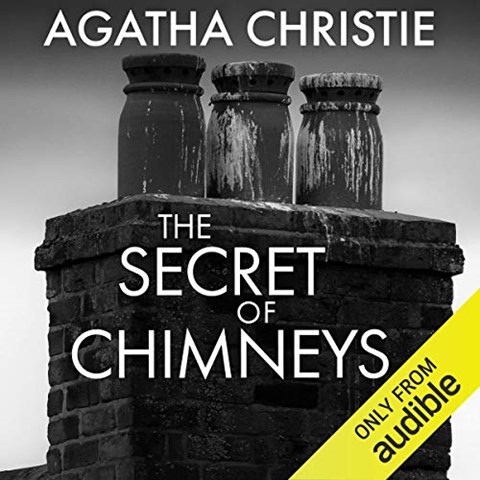 Narrator Simon Jones takes on a riot of madcap characters in this early Agatha Christie mystery. Adrift, Anthony Cade agrees to help a friend by delivering the manuscript of a dead nobleman to an English publisher. Naturally, this drags Cade into international intrigue, upper-crust scandals, jewel thieves, and murder at an English country estate. Jones balances his hilarious portrayals of secondary characters with the earnest Cade and the enchanting Virginia Revel. Jones's deft regional accents (including that of the fictional Herzoslovakia) help differentiate the many characters, as do his vivid intonations. This production has the atmosphere of a classic full-cast radio play. Jones's understated performance of the imperturbable Superintendent Battle leaves the listener eager for more mysteries featuring the lesser-known sleuth. S.T.C. Winner of AudioFile Earphones Award © AudioFile 2021, Portland, Maine [Published: JULY 2021]