Home»Reviews»NO ONE WILL MISS HER 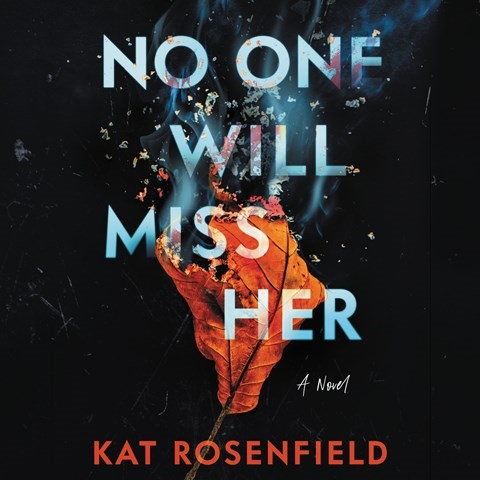 NO ONE WILL MISS HER

A trio of narrators brings the story of a bizarre murder case to life. Cassandra Campbell takes on the role of the narrator, Sophie Amoss plays an oft-maligned woman named Lizzie, and Chris Ciulla portrays an investigator named Bird. When a woman's body is discovered, including pieces of her face in a garbage disposal, the local police assume a domestic dispute is the cause. Amoss captures the irritation and fear of a woman who realizes she is not wanted. Ciulla's captures the weary exhaustion of a detective with a closed case that doesn't seem quite right. Campbell and Amoss have similar voices, a trait that ends up playing into the plot and leads to a startling conclusion. V.B. © AudioFile 2021, Portland, Maine [Published: NOVEMBER 2021]