Home»Reviews»THE LAST OF THE PLAINSMEN 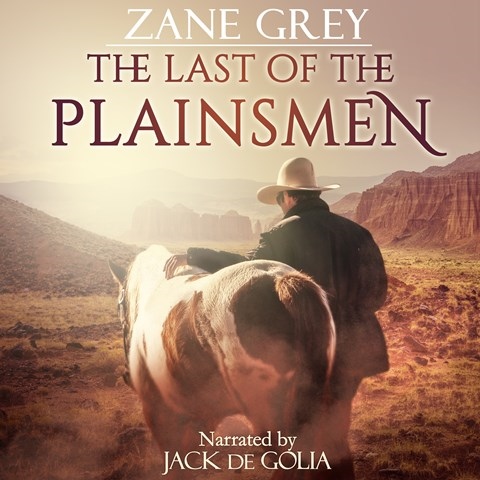 THE LAST OF THE PLAINSMEN

This first great work by the legendary western writer is narrated most ably by Jack de Golia. The Plainsman of the title is one Buffalo Jones, cofounder and first mayor of Garden City, Kansas, friend of Buffalo Bill Cody and one of those credited with saving the American bison from extinction. Grey's work of historical fiction recounts a group hunting trip in the area between the Grand Canyon and Utah in the early 1900s. The group included Jones, and the goal was to capture animals rather than kill them. De Golia has a versatile voice. He is clear throughout; in narrative sections he is evenly paced and appropriately expressive. During dialogue and quotes, he provides distinct and consistent voices for each character. The sensibilities in this work are definitely of 120 years ago, but this is a real treat for those who love the genre. M.T.F. © AudioFile 2021, Portland, Maine [Published: NOVEMBER 2021]