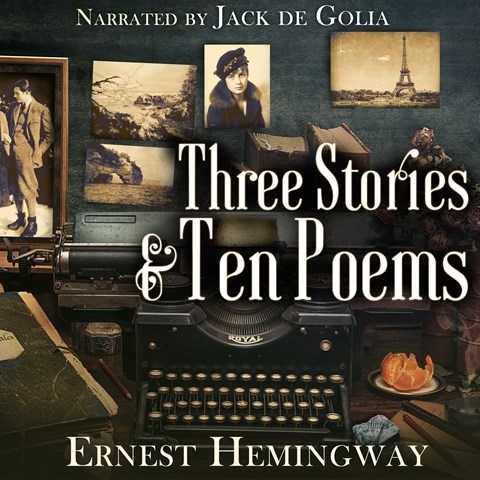 Ernest Hemingway was one of the great masters of the short story, but the three early stories in this audiobook are not among his best. The poems may be among his best, but there is a good reason why he is remembered for his fiction and not his poetry. Jack de Golia's narration of these works is brisk and direct, like Hemingway's writing, although his female characters (of whom there are only a few, this being Hemingway) sound a little forced and high. In the one story with a major female character, "Up in Michigan," de Golia's style is particularly jarring since it dehumanizes a woman who is put in a situation of nonconsensual sex, which may offend some listeners. D.M.H. © AudioFile 2021, Portland, Maine [Published: AUGUST 2021]