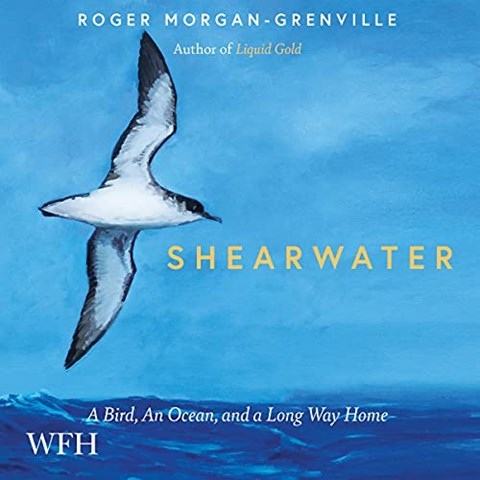 SHEARWATER A Bird, an Ocean, and a Long Way Home

Roger Morgan-Grenville is quietly enthusiastic and slyly funny as he describes the life cycle of the Manx Shearwater, a seabird he first encountered as a child in the Hebrides, where he spent the holidays with his grandmother. Shearwater parents diligently feed their chick before abandoning it; the chick must struggle out of the burrow to fly off on its own and doesn't return to land for four years. They live for 50 years, breed one chick a season, and are mostly monogamous. SHEARWATER is a lovely listen with Morgan-Grenville's southern English accent, easygoing style, and self-effacing humor. His grandmother is at the heart of this book as much as the shearwater--she's quite the character, and the author's obvious affection for her is absolutely charming. A.B. © AudioFile 2021, Portland, Maine [Published: NOVEMBER 2021]