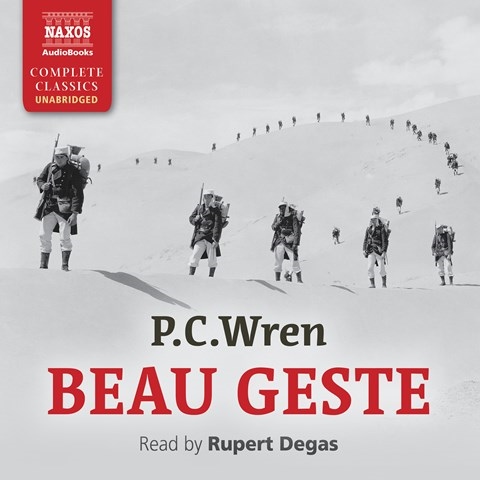 This 1924 classic has been adapted for three films, two radio plays, and a stage play (not including parodies), but this audiobook still manages to provide surprises. Rupert Degas's performance is not among them; we have come to expect excellence from him, and he delivers. The three Geste brothers are to some extent aspects of a single personality, and they have similar voices here, but everyone else is persuasively distinguished by tone and accent. Even when the story slows down (and for an action novel it can be quite slow), Degas keeps the pace up and carries us along. The best-known film version is fairly faithful to the original story but leaves out much of the detail of life in the French Foreign Legion and the desert. D.M.H. © AudioFile 2021, Portland, Maine [Published: SEPTEMBER 2021]