Home»Reviews»TALES OF THE DARK PRAIRIE 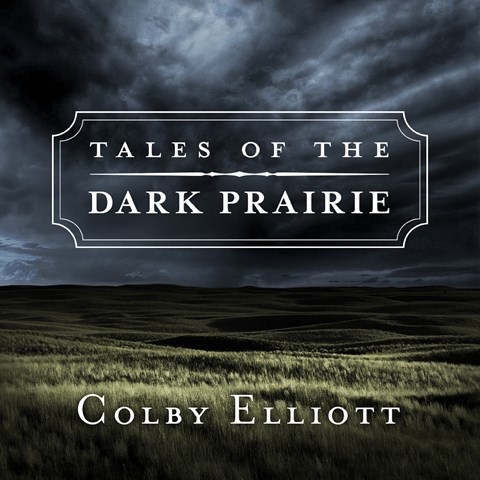 Author/narrator Colby Elliott shines in both capacities as he recounts two tales of lawmen in Platte City, Nebraska, in the 1870s and late 1990s. In the contemporary story, listeners accompany easygoing Dale Ellis as he answers a call from a rancher whose cows have been mysteriously mauled to death. Elliott's vivid descriptions of a monstrous creature are hair-raising, particularly after Ellis learns about a mythical Native American beast called a wendigo. A snippet about Ellis's family adds a homey feeling. In the 1870s story, a bounty hunter, and his horse, Buster, attempt to kill Jasper Perkins, who has imbibed a Chinese immigrant's concoction to preserve corpses. Both stories richly describe rural residents, crime, and police work for a fun bit of nostalgic listening. S.G.B. © AudioFile 2021, Portland, Maine [Published: SEPTEMBER 2021]