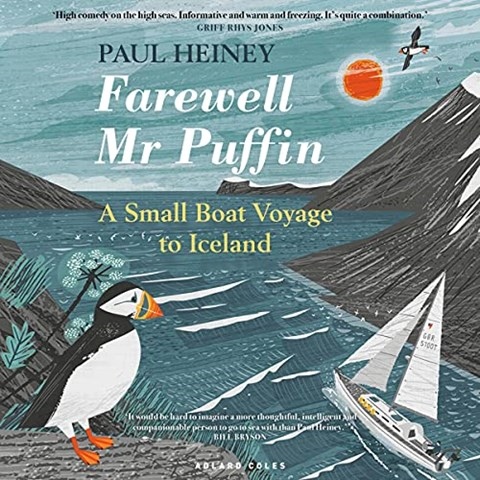 Hugh Kermode's brisk narration starts off with a comic introduction to the puffin, a seabird of the North Atlantic that is becoming rarer. Kermode lets Paul Heiney's admiration for them come through in descriptions of their burrows and their way of arranging fish in their beaks. Heiney's search for puffins will take him sailing up the English coast to the Faroe Islands and to Iceland. Kermode voices Heiney's frustration at not seeing puffins in their familiar haunts and then fills his voice with excitement when Heiney finally spots one. At times, Kermode slows down a bit to take in the scenery or express concerns about the problems facing seabirds. It's a fascinating journey, with the rough seas smoothed out by touches of dry wit. J.A.S. © AudioFile 2021, Portland, Maine [Published: DECEMBER 2021]