Home»Reviews»THE RETURN OF THE KING 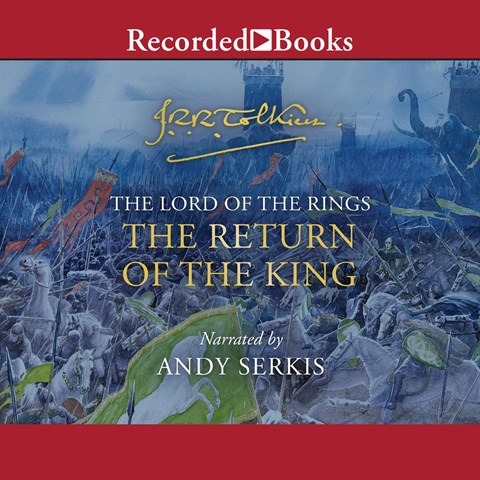 THE RETURN OF THE KING Lord of the Rings, Book 3

Narrator Andrew Serkis can mimic (or embody) every character in the many rings of Tolkien's circus. He's piping hobbits from whom heroism must be extracted. He's the gorgeous prepubescent elves. He's the manly dwarves, brave but hobbled by tradition and capable of greed. He's the antic Gollum, wheedling, threatening, and exultant. As Gandalf, Serkis sounds restrained and wise. Serkis can even be the neutral narrator holding voices apart. The armies of good clash with the armies of evil, and in this final volume, many strings need tying up. Every word is inflected. Everything is at stake. They are fighting around a single ring, but the story is an orchestra, and Serkis wrings music from every instrument. It's a full-cast production, though--in this one case--the cast is a single man. And human? It's inhuman. B.H.C. © AudioFile 2021, Portland, Maine [Published: DECEMBER 2021]