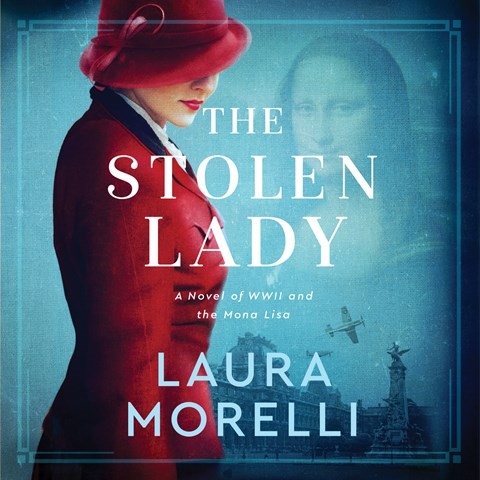 Three narrators recount this tale about two hallmark periods for Leonardo DaVinci's MONA LISA: its creation in the fifteenth century and its rescue from the Nazis in the twentieth. Narrator Lisa Flanagan depicts Bellina, a servant in 1479 Florence whose mistress becomes the subject of Leonardo's portrait. When Leonardo--voiced with suitable gravitas and self-aggrandizement by Paul Woodson--abandons the painting, Bellina risks her life to save the piece by hiding it. Almost five hundred years later, Anne, an archivist at the Louvre, and the rest of the staff whisk the entire collection to hiding places across France in anticipation of the German occupation. With a firm yet feminine voice and a charming pronunciation of French names, Carolyn Hewitt recounts Anne's growing courage in her endeavors to protect the image of the woman with the famous smile. N.M.C. © AudioFile 2021, Portland, Maine [Published: OCTOBER 2021]