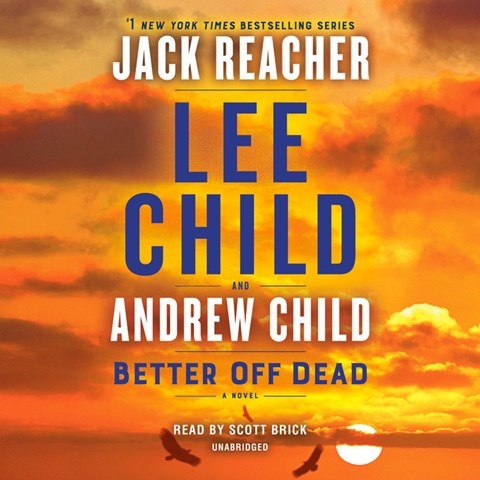 Scott Brick returns to portray the justice-seeking iron man Jack Reacher. Brick's voicing of Reacher in this first-person narrative brings listeners right into Jack's thoughts; however, his performances of the female characters are less credible. Making his way to the West Coast, Reacher gets distracted on the Arizona-Mexico border when he helps an Army veteran rescue her brother. Listeners will be immediately engaged by the dramatic opening. The middle is filled with one graphically described violent confrontation after another. The ending is thriller-worthy. Brick is a master at ratcheting up the tension. While those looking for character development and a bit of romance may be disappointed, "Reacher-creatures" who value Reacher's fighting skills will be elated. E.Q. © AudioFile 2021, Portland, Maine [Published: OCTOBER 2021]