Home»Reviews»LIVING WITH THE DEAD: A ZOMBIE BROMANCE 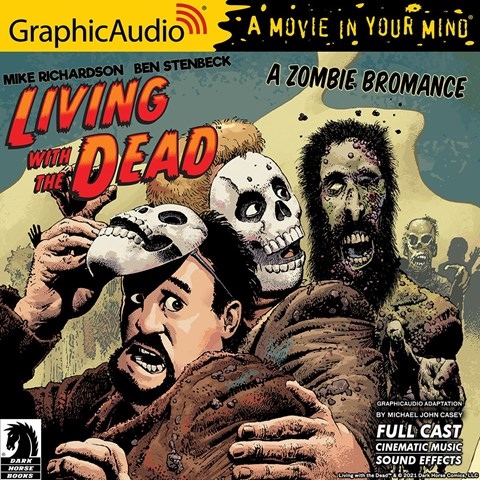 LIVING WITH THE DEAD: A ZOMBIE BROMANCE

An animated full cast brings "unlife" to this tale of zombies and three people involved in humankind's last love triangle. Much of the brief, one-hour production is tongue in cheek as the two men bicker and the last woman slyly manipulates everyone. In the background, zombies cry out "brains." Based on the Dark Horse comic series, the work does not take itself too seriously, and the actors overact accordingly. It's an antidote to the unrelentingly recent spate of zombie movies, television shows, and books. The cast and crew conjure up a bleak view of a dying world in which the last humans ponder life's big questions, including whether such a life is worth living. Then they meet what may be the last reason for living--the last woman. M.S. © AudioFile 2022, Portland, Maine [Published: FEBRUARY 2022]