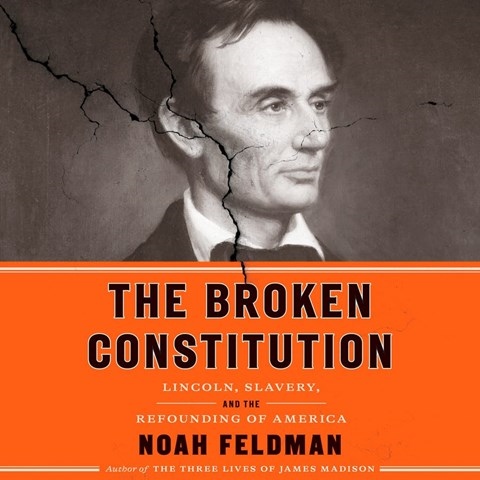 THE BROKEN CONSTITUTION Lincoln, Slavery, and the Refounding of America

Narrating his remarkable history of Lincoln's transformation of the Constitution before and during the Civil War, Noah Feldman sounds like a diligent and accomplished scholar. With his strong voice and clear enunciation, the Harvard Law professor emphasizes important points with vocal intensity that serves his writing well. Feldman says Lincoln took actions that broke the Constitution so that its founding principles would continue to hold the federalist government together in the future. Though constitutional law may seem like an esoteric subject, the author's writing about Lincoln's thinking and actions is accessible and often spellbinding. Feldman's pro-level performance and grasp of the challenges Lincoln faced make this a must-hear for anyone interested in how the United States survived such a powerful threat to its continued existence. T.W. © AudioFile 2022, Portland, Maine [Published: AUGUST 2022]