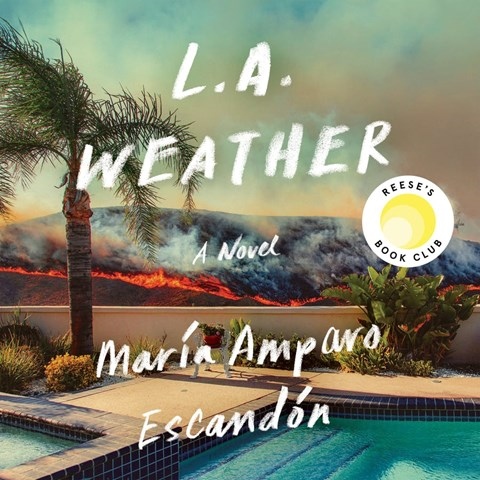 Narrator Frankie Corzo's lovely smooth voice eloquently depicts the mostly female characters in this novel. She handles the high drama, emotional undertow, and cultural complexity of this story, set from January to December in 2016. Her Spanish readings--foods, names, places--are sensual. She shifts her voice ever so slightly as she expresses the inner lives of the Alvarados, a disintegrating Mexican- American family in fictional Rancho Verde, where an ever-present drought causes them to leave their pool dangerously half-empty. The Catholic father, Oscar, watches the Weather Channel all day; his Mexican-born Jewish wife, Keila, a successful sculptor, considers divorcing him. And all three daughters' (Claudia's, Olivia's, and Patricia's) marriages end in divorce. Secrets are concealed and revealed in this intricately plotted novel. This audiobook enthralls the listener. A.D.M. Winner of AudioFile Earphones © AudioFile 2021, Portland, Maine [Published: OCTOBER 2021]