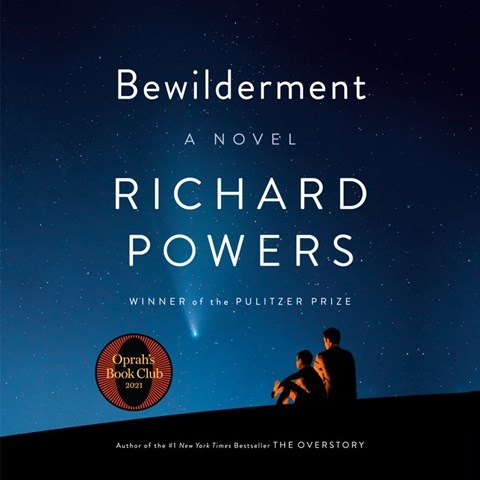 Listeners will hear the frustration of a father who is trying to help his special-needs son in Edoardo Ballerini's narration. There's also quite a bit of amazement and admiration, too. Ballerini captures both the otherworldly thoughtfulness and the tantrums of son Robin, as well. Powers brings out the situation gradually, and Ballerini keeps listeners' attention as the Pulitzer Prize-winning story unfolds, showing listeners the changes that take place in Robin as he undergoes experimental brainwave therapy. Even when describing the commotion at an airport, Ballerini remains soft-spoken, yet he puts listeners into the middle of the stressful scene. The story is expanded when Robin's environmental consciousness takes father and son to Washington, DC, to enter into the political fray of the fast-approaching global crisis. J.A.S. © AudioFile 2021, Portland, Maine [Published: OCTOBER 2021]