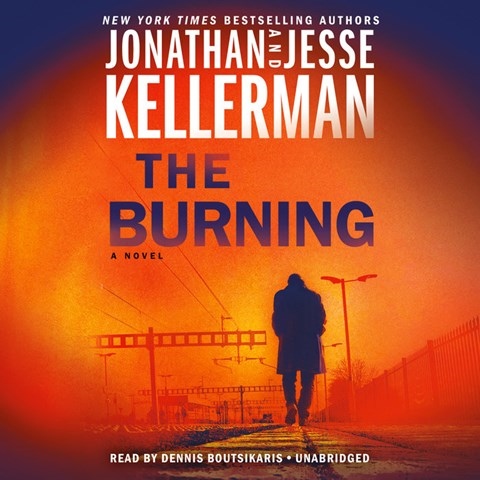 Returning to narrate the fourth in the Clay Edison series, Dennis Boutsikaris takes the listener through an emotional thriller that keeps one guessing. When Clay Edison finds his brother's beloved Camaro at the scene of a murder, the California deputy coroner decides to investigate on his own--especially as his brother is now missing. The back-and-forth conversations between characters can be difficult to follow due to little distinction between the speakers. Adding to this difficulty is the lack of vocal transitions between the protagonist's inner and spoken dialogue. Boutsikaris's performance is also disappointingly light on the oomph of emotion one might expect of such a story. A.L.S.M. © AudioFile 2021, Portland, Maine [Published: OCTOBER 2021]