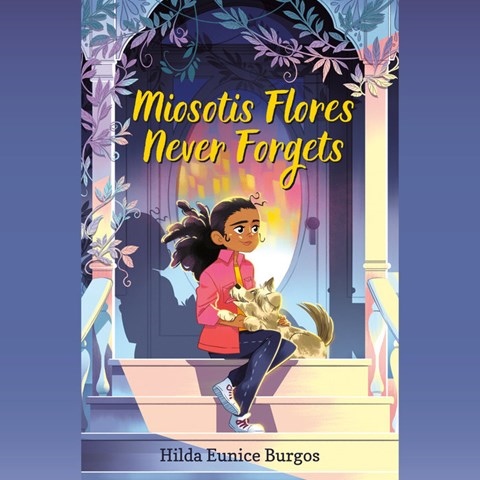 Narrator Ana Osorio creates a relatable portrayal of a loving Dominican-American family seen through the eyes of sixth-grader Miosotis. She desperately wants a dog, but the story also confronts more serious issues like racism, violence against women, and animal cruelty. Miosotis idolizes her lighter-skinned older sister, Amarilis, who attends an Ivy League university but is in an abusive relationship with her boyfriend. Her brother Jacinto faces racism as a dark-skinned teenager. Osario's voice is youthful and innocent as Miosotis, and more mature and sophisticated as Amarilis. Osario easily shifts between Spanish and English, bringing authenticity to Miosotis's family as well as her American friends and neighbors. Listeners will have no trouble connecting with Miosotis. S.C. © AudioFile 2021, Portland, Maine [Published: DECEMBER 2021]