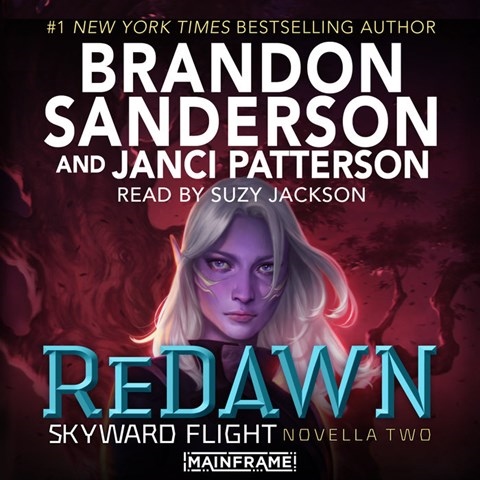 Narrator Suzy Jackson turns up the suspense in the Skyward series' second novella, told from Alanik's perspective. After returning home to ReDawn, Alanik is forced to flee back to Detritus when a political faction sells out her world to the Galactic Superiority. Jackson's vocal choices highlight the bravery and determination at the core of Alanik's character, heightening the story's tension as Alanik gambles on trusting her new human allies--even as they discover that the Superiority's new technology may make rescuing her people impossible. Simultaneously, Jackson softens Alanik's hard edges through well-timed pauses and soft vocal expressions that create an unexpected sense of romantic shyness at just the right moments. Jackson's performance is spot-on, bringing the danger the Superiority poses into sharper focus. E.M.U. © AudioFile 2021, Portland, Maine [Published: NOVEMBER 2021]