Home»Reviews»THE SINNER AND THE SAINT 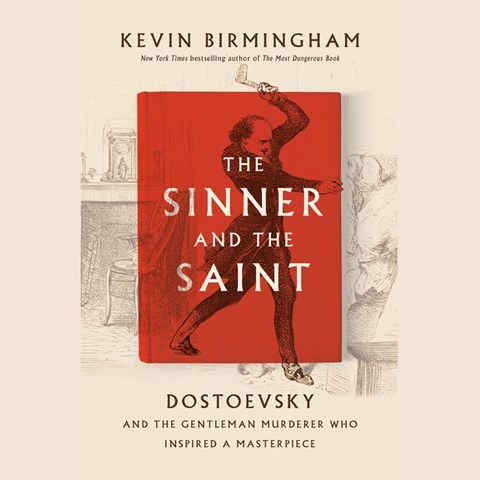 Narrator Robert Petkoff's baritone is displayed to perfection in this account of Dostoevsky's early career--and how it inspired his later masterpiece CRIME AND PUNISHMENT. Birmingham goes into great detail describing some of the influences on the tsarist-era writer and provides details of his personal life, which was in itself Dostoevskian. He rubbed elbows with characters ranging from pawnbrokers to gamblers to egomaniacs, many of whom are quickly recognizable in his works. The audiobook particularly focuses on the infamous French murderer who inspired Dostoevsky's portrait of a killer. Years ago, when this reviewer worked in a prison, the warden there recommended reading CRIME AND PUNISHMENT for its vivid depiction of the criminal mind. Petkoff's enunciation, pacing, and inflection are perfect for this fascinating audiobook. M.T.F. © AudioFile 2022, Portland, Maine [Published: JANUARY 2022]