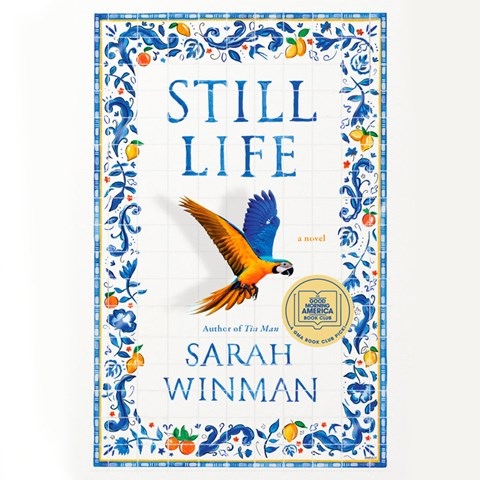 Narrating her own work with relaxed ease, Sarah Winman begins her historical novel with a chance encounter between refreshingly unique characters. Ulysses Temper, a British soldier, and Evelyn Skinner, an art preservationist, forge a deep connection while hiding out in a bombed-out Italian village near the end of WWII. Ulysses eventually returns to work in a tavern in London, and the banter in the bar requires a good deal of mental energy for listeners to follow. Winman's melodious cadence and soft English accent are pleasing but insufficient during long blocks of dialogue. Each quirky character needs their own distinguishable energy and voice, although Winman deserves kudos for her stellar job of voicing the bar's cantankerous talking parrot. J.T. © AudioFile 2021, Portland, Maine [Published: NOVEMBER 2021]