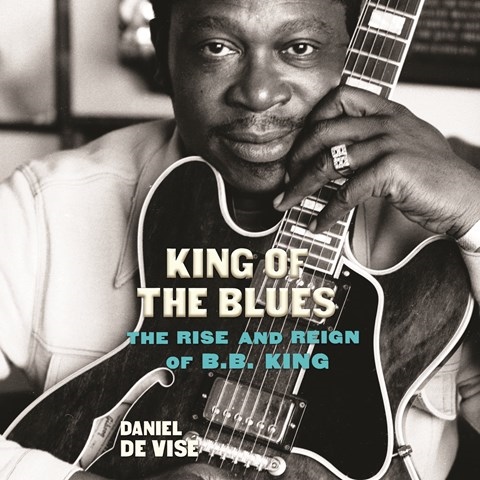 KING OF THE BLUES The Rise and Reign of B.B. King

Narrator Cary Hite's voice, smooth and authoritative, is an excellent match for B.B. King's life story. King's guitar playing was revelatory, his single-string blues solos setting the template for the modern guitar hero. King described his playing style as a call-and-response between him and "Lucille," his guitar. Audiobook listeners follow King's rise to fame, from struggling at tiny venues to receiving a standing ovation at the San Francisco Fillmore before he had played even one note. Because the author frames King's life as a story of a turbulent America, this audiobook serves as an extended history of the country and King's survival in it. Hite's performance captures the soul of King's life and the historical times in which he lived and played. S.P.C. © AudioFile 2022, Portland, Maine [Published: JANUARY 2022]