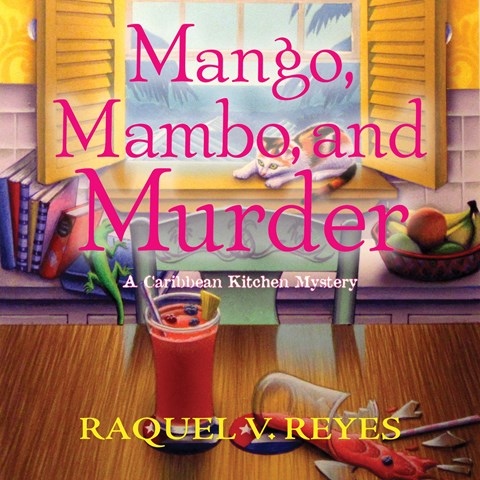 A nimble performance from narrator Frankie Corzo elevates this cozy culinary mystery. Shortly after moving--reluctantly from New York City to the bougie Coral Shores of Miami--food anthropologist Miriam Quiñones-Smith finds herself uncomfortably close to a murder at the country club. Though naturally curious, Miriam doesn't turn detective until her best friend is implicated in the crime. Through Corzo's animated narration, listeners will immediately warm to smart, impulsive Cuban-American Miriam, rooting for her as she investigates--and displays her knowledge of mouthwatering Caribbean cuisine. Switching smoothly between English and Spanish, Corzo also provides distinctive voices for the expansive cast, who range from Miriam's judgmental mother-in-law to her endearing young son. This diverting series opener is one to savor. R.A.H. © AudioFile 2021, Portland, Maine [Published: NOVEMBER 2021]