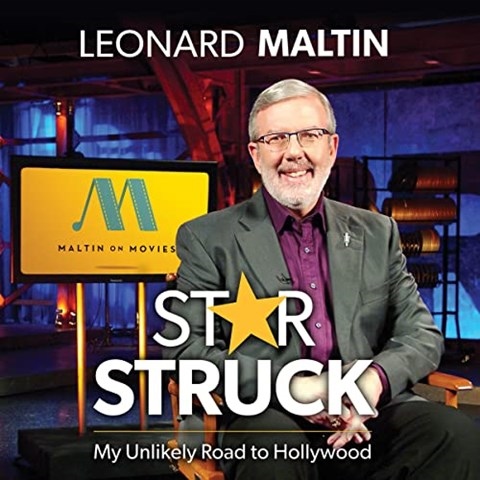 STARSTRUCK My Unlikely Road to Hollywood

This effervescent romp reveals how a geeky New York City teenager with classic show business interests developed into the well-respected critic and raconteur who wrote and narrates this audiobook. As he recounts his early years, it is clear that Maltin's financially comfortable family helped his access and initial connections. Not surprisingly, his voice now sounds older than it did on the syndicated TV program "Entertainment Tonight," but it's powerful and pleasing nonetheless. He still has that special talent that is needed to directly involve listeners. His classic interviews with Hollywood's Golden Age stars, such as Jimmy Stewart and Barbara Stanwyck, are emphasized. Also covered is the evolution of technologies that led Maltin and other American film enthusiasts from VHS to streaming platforms and podcasting. W.A.G. Winner of AudioFile Earphones Award © AudioFile 2022, Portland, Maine [Published: FEBRUARY 2022]