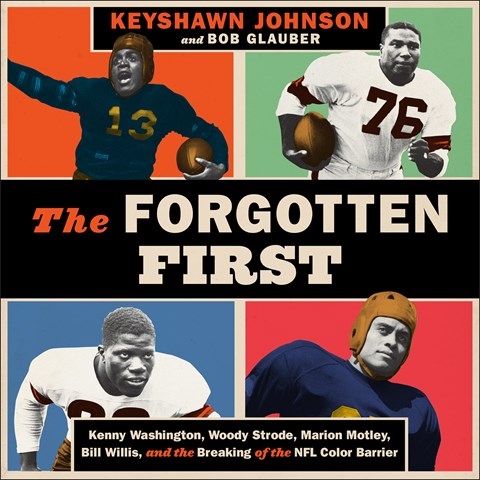 In his naturally resonant voice, narrator Rhett Samuel Price introduces listeners to the little known African-American pioneers of NFL football. Between 1934 and 1945 there were no Black players in the league. There was no written bylaw to prevent it, but racist owners influenced others to exclude them from play. After WWII, attitudes changed, and the first African-American players, Kenny Washington and Woody Strode, took to the field. In a smooth, controlled delivery, Price recounts the harassment, both physical and mental, these men endured, aware of the consequences if they retaliated. Price's performance celebrates the bravery and courage it took to persevere. Sports fans will want to listen to this audiobook more than once to hear the many unknown anecdotes. E.E.S. © AudioFile 2021, Portland, Maine [Published: NOVEMBER 2021]