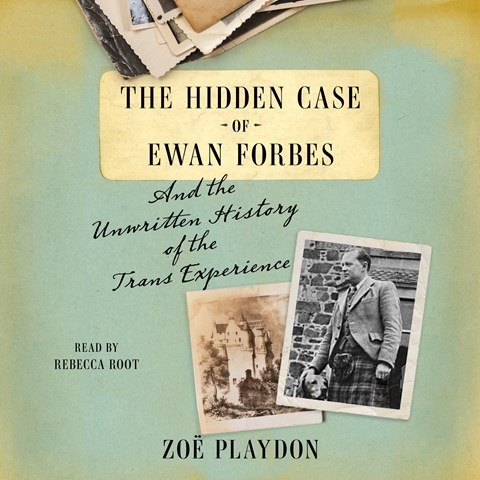 Excellent storytelling by Playdon, the cofounder of the UK's Parliamentary Forum on Gender Identity, and transgender narrator Rebecca Root quickly pulls listeners into a life story that created a gap in British social justice law. Ewan Forbes (1912-1991) lived his life as male from early childhood, supported in his identity by his family and peers. Although he won a 1965 court case based on the law of male primogeniture, the 500 pages of legal documents generated were locked away immediately, and British law was altered to punish trans people. Only in 1998 were the case's details released. As the legal and cultural elements unfold, Forbes and his family are kept at the center of the story by Playdon's beautifully descriptive passages and Root's fine pacing and subtle voicing. F.M.R.G. © AudioFile 2022, Portland, Maine [Published: MAY 2022]