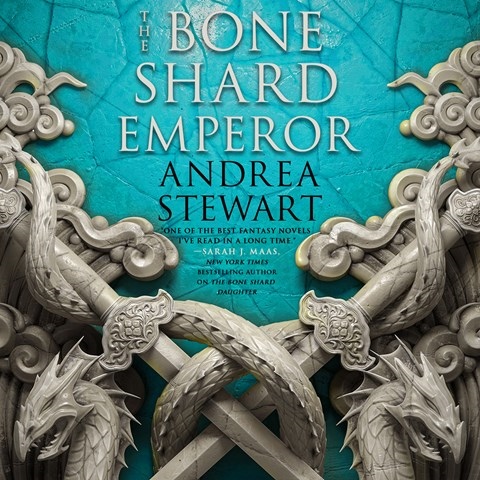 Book 2 in the Drowning Empire series continues with the same narrators who delivered THE BONE SHARD DAUGHTER. Natalie Naudus returns as Lin, who is now the Emperor. Feodor Chin reprises Jovis, who is serving as captain of the Emperor's Guard. Both characters tell their tales in the first person. Jovis is a major force in Lin's story, and vice versa, so it's helpful that both narrators are consistent in the personas they use for the two characters. Emily Woo Zeller handles a number of characters whose tale is told in the third person. The multiple narrators aid the listener in keeping track of the interweaving stories, as does the identification of the point of view and setting at the beginning of each chapter. J.E.M. © AudioFile 2021, Portland, Maine [Published: DECEMBER 2021]