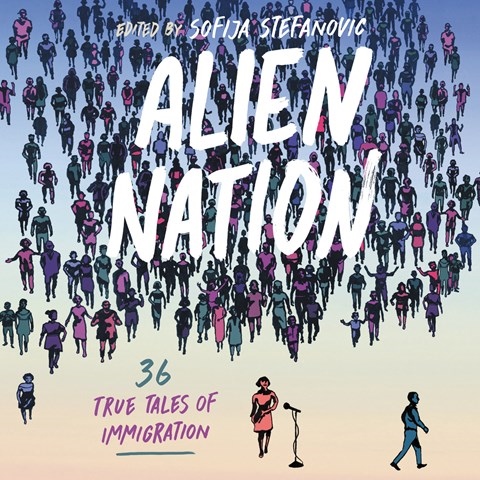 Narrators Emily Woo Zeller and Feodor Chin deliver 36 true stories of immigrants leaving behind war-torn countries and countries with vicious policies against whom one can love. While many of the stories feature those now living in the U.S., stories also include people who have moved to Canada, the UK, and Australia. All the stories in this audiobook were originally part of a storytelling event, making the works perfect for Zeller's and Chin's strong emotional ranges. They expertly capture the frustration, humor, and other emotions of those who have left their homelands for new shores. V.B. © AudioFile 2021, Portland, Maine [Published: DECEMBER 2021]