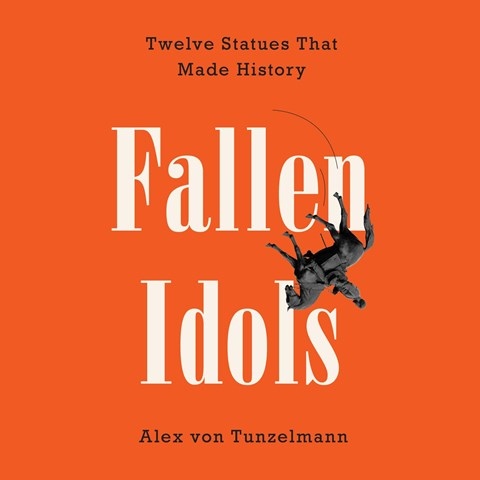 Kristin Atherton, usually an expressive narrator, adopts a subdued and matter-of-fact tone here, sounding much like a prosecuting attorney summing up her case. She, like British historian and author Alex von Tunzelmann, is content to let history tell its own tale, and in just over nine hours the two of them badly batter the great man theory. The reputations of 12 famous men--including Stalin, Robert E. Lee, Saddam Hussein, Columbus, Washington, and, in particular, Lenin--are examined through the histories of their statues. The result is droll, subversive to the core, and highly entertaining. Consider those statues of British monarchs after the British departed India, or of Cecil Rhodes in the former Rhodesia. Atherton's voice doesn't tell, but somewhere you know she must have cracked a smile. D.A.W. © AudioFile 2022, Portland, Maine [Published: JANUARY 2022]