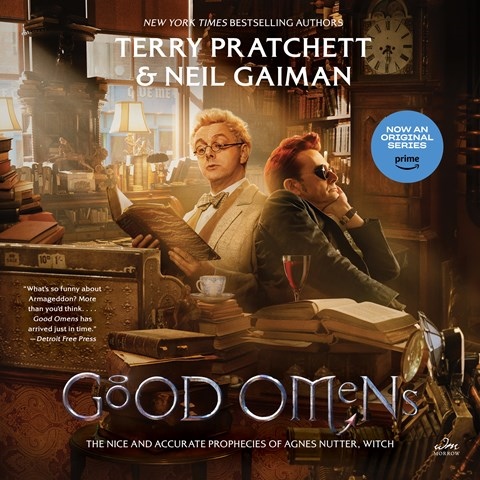 Rebecca Front's narration is perfectly suited to the wry, dry, very British humor of this classic collaboration between Terry Pratchett and Neil Gaiman. A star-studded cast of actors chimes in with dialogue--including Michael Sheen and David Tennant reprising their roles from the streaming TV series. Sheen is a delightfully fussy Aziraphale, and Tennant captures a Crowley who, while occasionally menacing, is mostly just trying very hard to be cool. Armageddon approaches, but the angel and demon are both rather fond of their lives on Earth. What to do? More than 30 years old, this novel about the apocalypse remains clever and very, very funny. Whether you're a longtime fan or are experiencing GOOD OMENS for the first time, this new audio production charms. J.M.D. © AudioFile 2021, Portland, Maine [Published: NOVEMBER 2021]