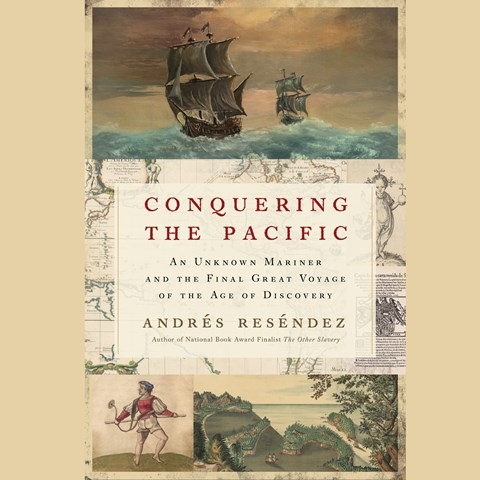 In 1564, crossing the Pacific Ocean from Navidad, Mexico, to the present-day Philippines in a ship less than 100 feet long was fraught with danger and physical hardship--but it had been done. However, fighting against trade winds and ocean currents to return from Asia to the Americas had never been accomplished. With a bright upbeat delivery, narrator Phil Morris, tells the story of Lupe Martin, an Afro-Portuguese sailor and master pilot whose navigational skills led a tattered ship north past Japan, back east to North America, and home, opening the entire globe to European trade. Morris's ease with Spanish and nautical terms is a plus. Martin is later accused of mutiny and his name all but erased from history. B.P. © AudioFile 2021, Portland, Maine [Published: DECEMBER 2021]