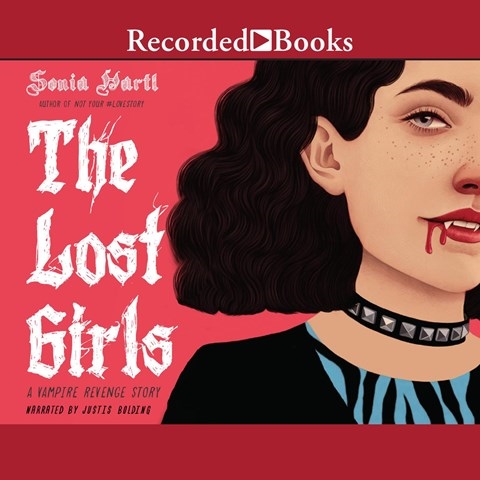 Justis Bolding's narration balances dramatic characters full of righteous anger with the sarcastic dark humor of perpetual teenagers. Earlier, the vampire that "turned" Holly promised her eternal love, but decades later she's alone and stuck working the kind of dead-end jobs that hire 16-year-olds. After she meets two other girls he also fooled, the three team up to kill him before he can turn his next victim, Parker. Bolding's careful pacing creates exciting action scenes one moment and slow-burning intensity the next as Holly finds herself falling for Parker. Bolding clearly depicts each character, displaying an impressive emotional connection and tonal range. This sapphic audiobook balances humor, romance, and a unique take on vampire lore. A.K.R. © AudioFile 2021, Portland, Maine [Published: OCTOBER 2021]